Shortly after entering the woods at the end of the road, we found orange ribbons marking the trail. 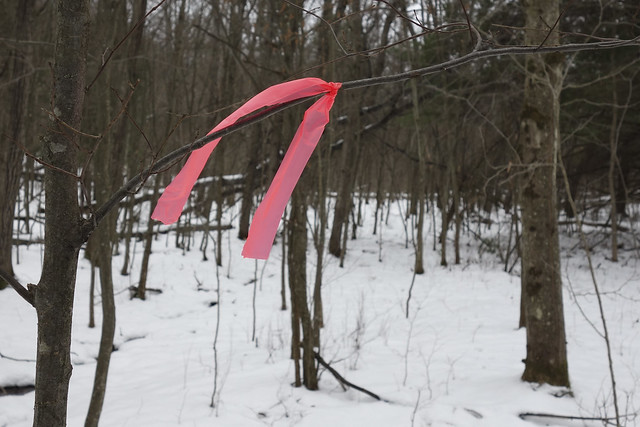 We followed them and eventually discovered that in addition to orange ribbons, there were also reflective markers, the likes of which I had never seen before. Some were plain round dots. 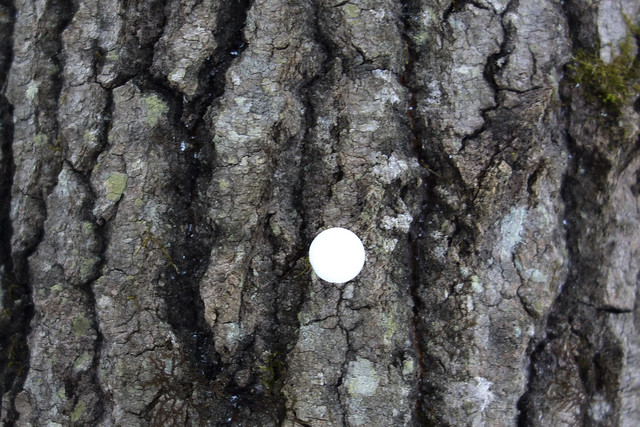 Others were “flag” types. 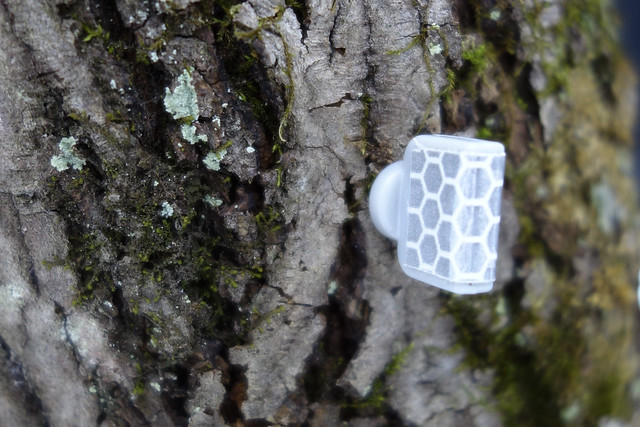 They led to what appeared to be an old logging road that climbed up and up to a lovely old forest at the top of a hill. The view was well worth the climb.

Along the way, there was plenty to see, including intricate lichens and mosses on trees. 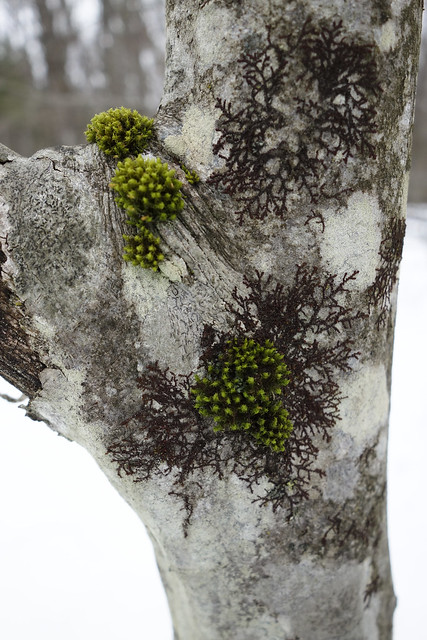 And footprints. I’m guessing this one is fisher. My glove could just barely cover this set of prints: 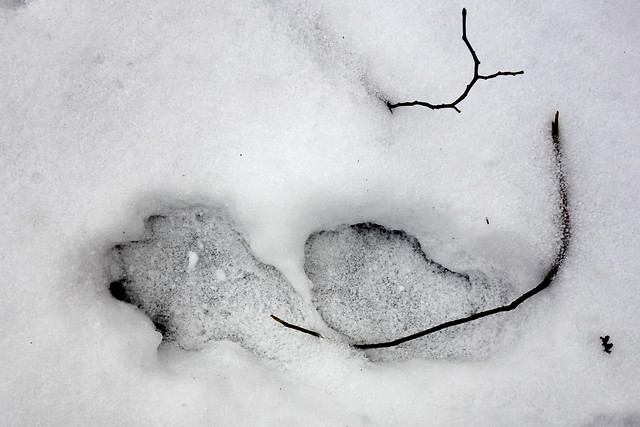 The fox must have been very slight, not even breaking through the snow. Because the track wasn’t deep, it was difficult to get a decent picture of the track. 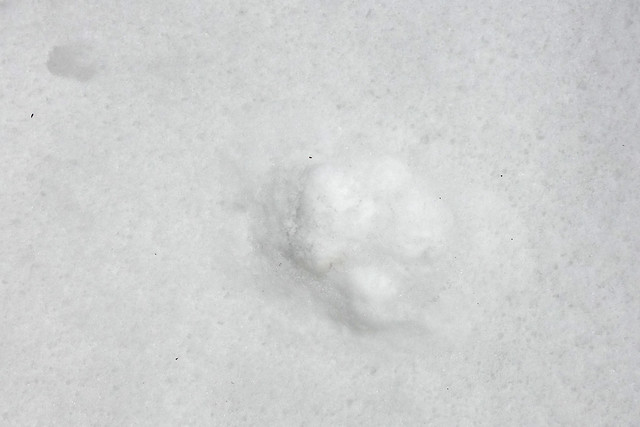 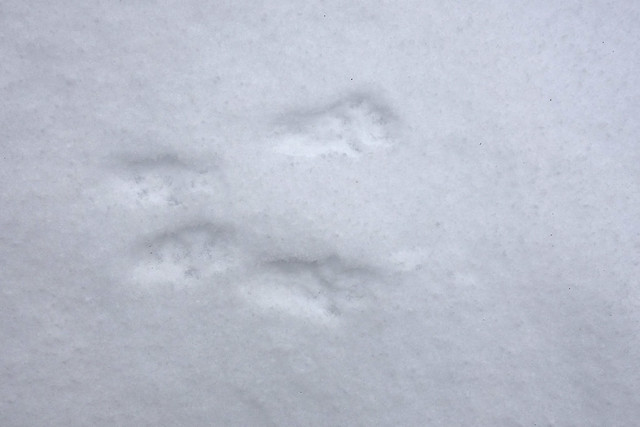 I didn’t even try to get the mouse tracks!

I couldn’t resist arranging these leaves that Glock (the German Shepherd) dug up while we ate lunch. 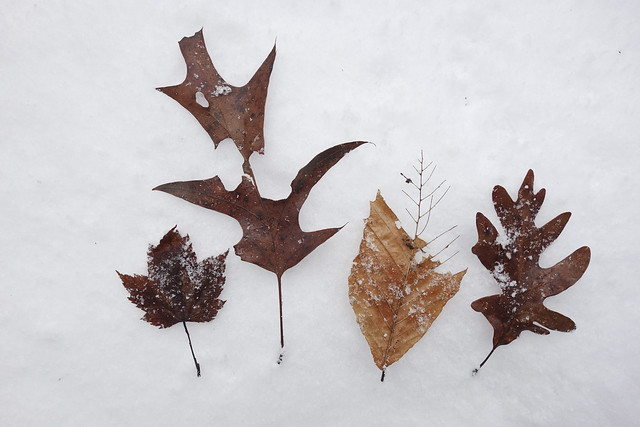 And after lunch, we chose a route that took us in the same direction as a bear! 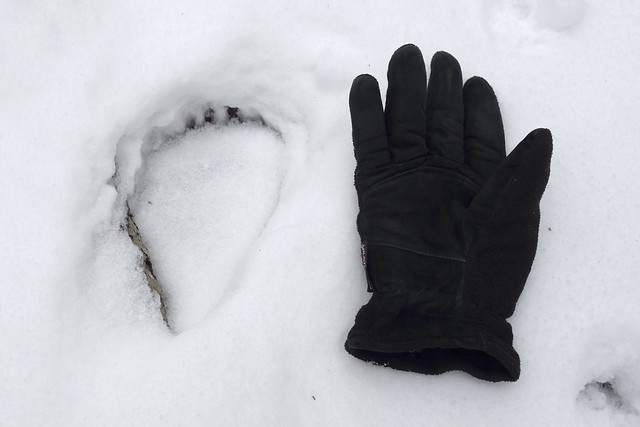 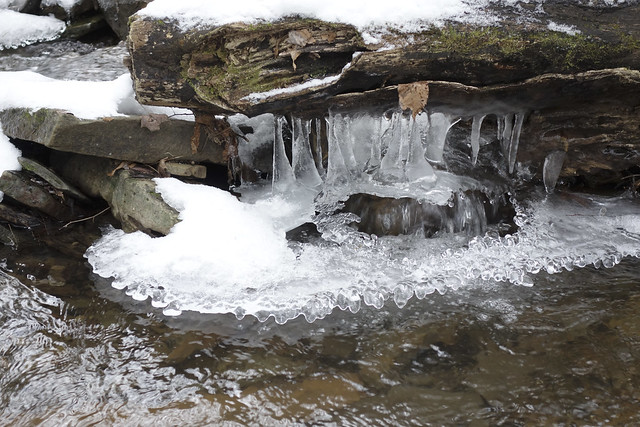 The upturned tree was fascinating. I took several pictures, but was never really able to capture its essence. This is the closest I came: 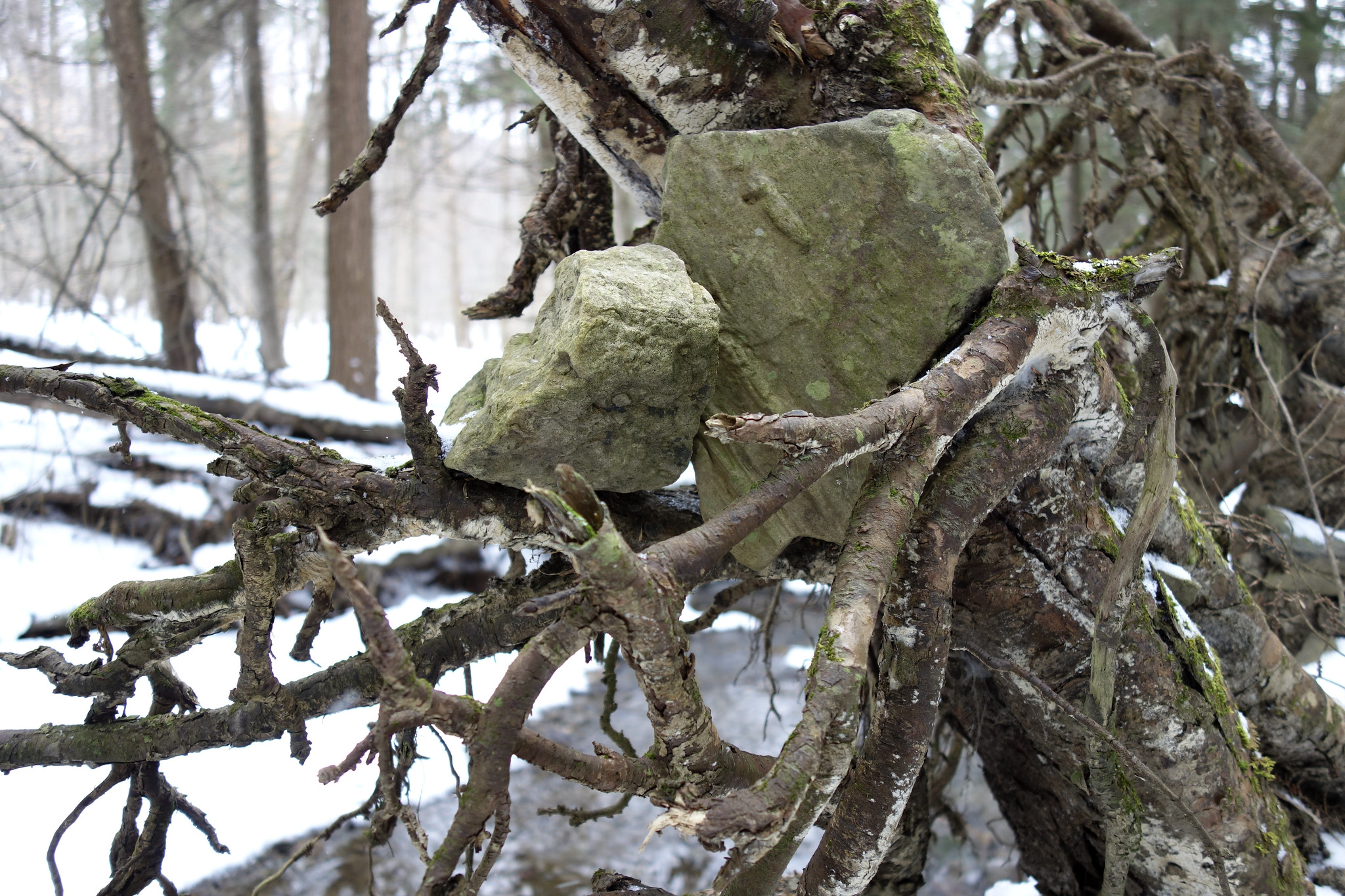 I started this post back in January when I originally took the hike. WordPress started misbehaving, so I abandoned it. Now WordPress is back… but I can’t remember what else I intended to share about the walk! It was definitely beautiful. Can’t wait to go back.