It was my turn to write for the weekly newspaper column. It is in the Saturday Post-Journal on February 25, 2017. Our web guru only used two of the pictures as below. But the P-J used all the pictures I sent. Guess that’s because I didn’t write enough words. AND they put it on the page that prints in color. Hooray! Here’s how it appears on the Audubon website:

More than one person has asked about the picture on the front of Audubon’s March-April newsletter. “It’s not a crocus,” they say. Correct. It’s not a crocus, but it blooms equally early in spring. One of the questioners remarked that he had never seen this flower before. That surprised me since he is no stranger to the woods. In his defense, the bloom is small, only one half to one inch in diameter, and it has a very short blooming period of only a couple of weeks in early spring. Many of my photographs of this early bloomer were taken on days when there were still patches of snow on the ground.

Newsletter cover shot. The petal-like sepals can be blue, purple, pink, or white.

Hepatica is in the buttercup family. It produces extremely variable flowers. A green center with numerous white stamens is surrounded by five to twenty (usually six) petal-like sepals which can be white, pink, lavender, or blue. Each bloom rises from the forest floor on a leafless, hairy stem and behind the sepals are three hairy bracts. The three-lobed leaves that you find near the base of the flowers were formed last year. New leaves won’t be formed until the blossoms have given way to seed heads.

Back in the day when the Doctrine of Signatures prevailed, the shape or color of a plant was used as an indicator of its medicinal value. The liver is three-lobed as are Hepatica’s leaves, and the color of the aging leaves is similar to that of raw liver. So Hepatica was used to treat the liver. We now know that Hepatica does NOT treat liver ailments; it is, indeed, poisonous in large doses.

Hepatica is one of several springtime flowers whose seeds are dispersed by ants, a strategy known as myrmecochory. The seeds of flowers that employ this strategy are attached to a food reward called an elaiosome that is filled with proteins and lipids, irresistible to ants. An ant carries the entire seed with elaisome to its underground nest and eats the rich food or feeds it to larvae. The unharmed seed is carted off to the waste disposal area of the nest where, surrounded by frass, dead ants and various other nutrient-rich debris, it germinates and grows into a new plant. It is estimated that about 30% of early spring forest flowers disperse seeds in this way, including Trillium, Dutchman’s Breeches, Trout Lily, and Spring Beauties, to name a few.

If you are interested in hunting for Hepatica, a good strategy is to familiarize yourself with the leaves and watch for them on the forest floor noting their location. Whenever I see the leathery three-lobed leaves that start out shiny green in spring and darken to burgundy or brown just before winter, I try to memorize the location so I can return for a springtime visit. I checked my photo inventory and found that I have Hepatica pictures taken anywhere from March 23 through April 30, depending on the year. Accounts I have read report them blooming as early as January if the weather is mild, and into May if it isn’t. Sunny days are best for fully open flowers. The blooms are also pretty on rainy days with partially open drooping flowers. Rich deciduous woods are your best bet.

Audubon Community Nature Center builds and nurtures connections between people and nature. Visit at 1600 Riverside Road, one-quarter mile east of Route 62 between Warren and Jamestown, or online at auduboncnc.org. The trails and Bald Eagle viewing are open dawn to dusk. The Nature Center’s winter hours are Sundays-Fridays from 1 to 4:30 p.m. and Saturdays from 10 a.m. until 4:30 p.m. On March 1, spring hours begin.

Jennifer Schlick is Program Director at ACNC and can probably be talked into helping you hunt for Hepatica.

P.S. After writing this last week, I went for a hike along a hemlock-lined creek in Allegany State Park. In between patches of snow, it was hard NOT to step on Hepatica leaves. I didn’t see any blooming though.

Well, sort of winter. Forty degrees. The ground under foot was mushy under the melting snow. The creek that was probably frozen a couple of days ago was clear of ice today. 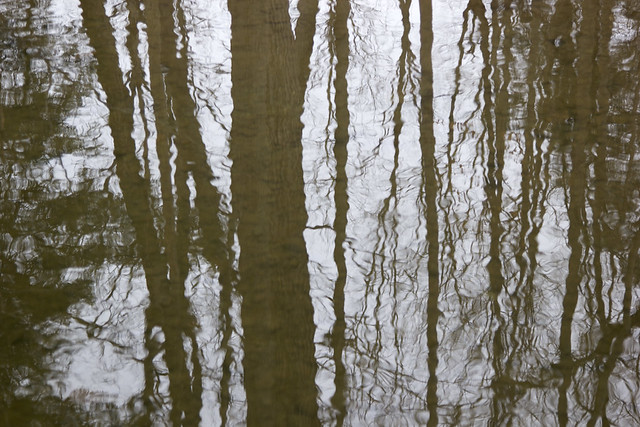 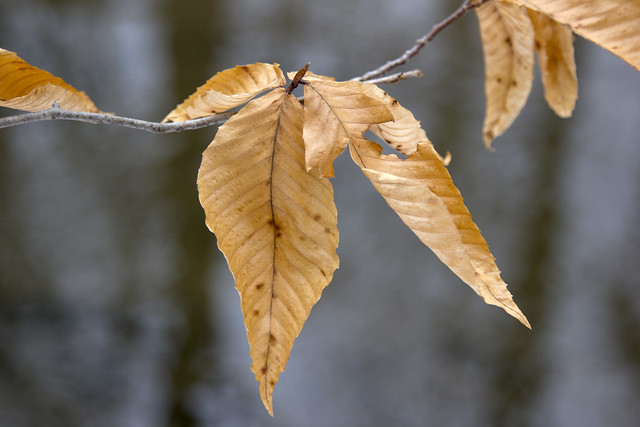 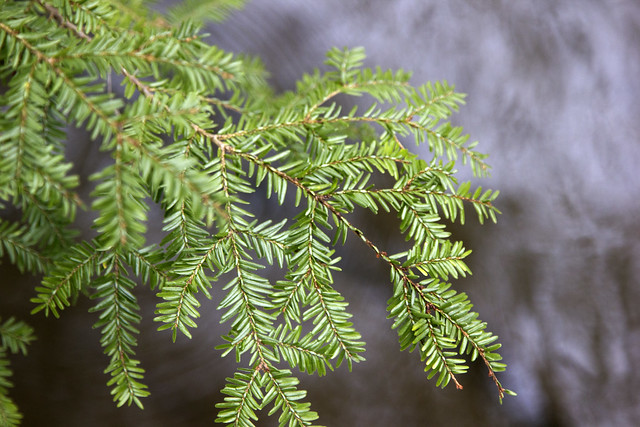 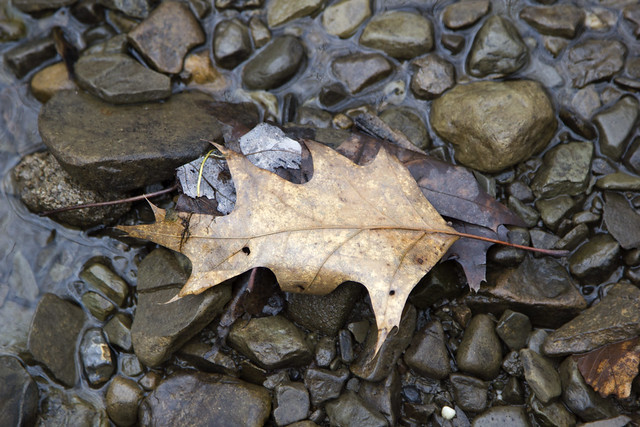 Oak (and other leaves if you look closely) 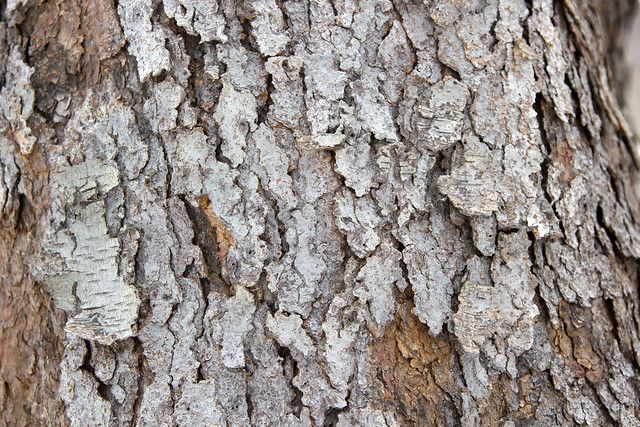 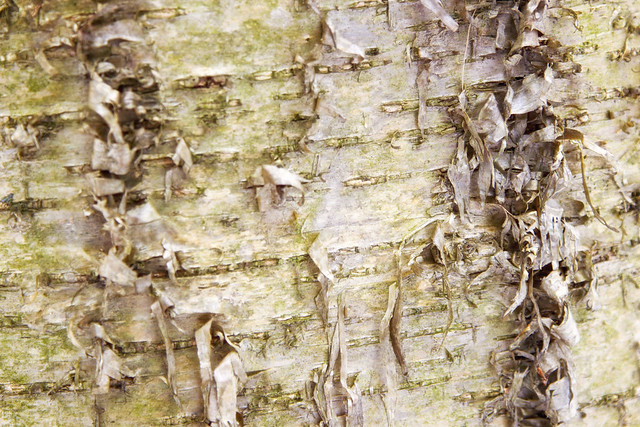 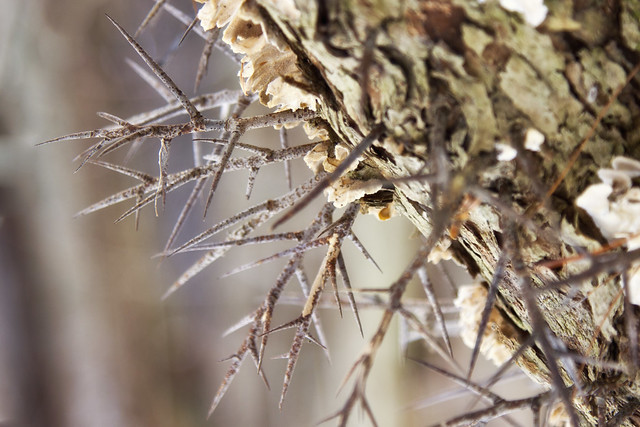 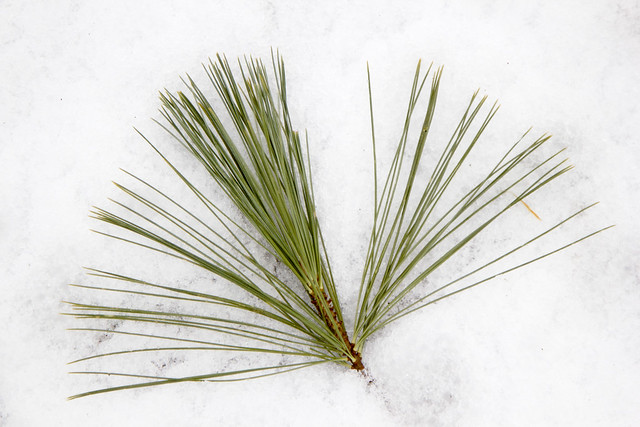 I wrote on New Year’s Day about a hike to a spot in southwestern New York where there used to be an orphanage. Now, only the foundations of the buildings remain. There is a plant growing all around the site that I haven’t been able to identify. We took a few cuttings and I put them in water to force them. Here’s what came out: 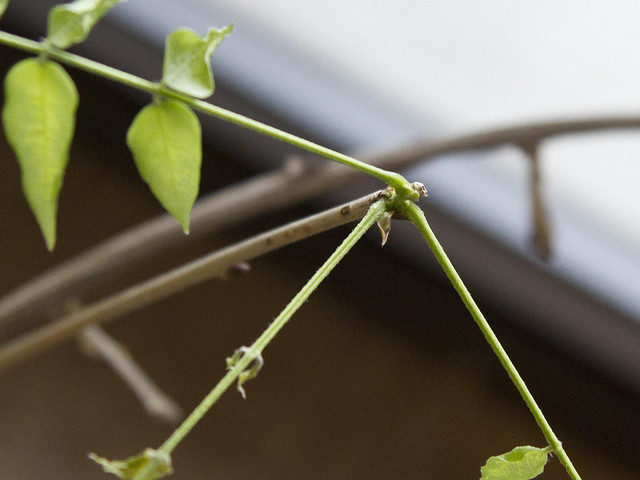 Three compound leaves all came out from the end of one of the cuttings.

Be sure to click back to the New Year’s Day hike to see the thick twisting vines that grow up and completely engulf the trees. Every new shoot coming up through the snow was this plant.

The name that keeps popping into my head is wisteria. But is there a variety of wisteria that can withstand our western New York winters?